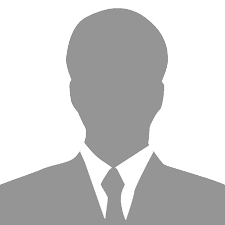 Victor Cantore is a seasoned capital markets professional specializing in the resource and hi-tech sectors. He has more than 20 years of advisory and leadership experience having begun his career in 1992 as an investment advisor and then moving into management roles at both public and private companies. During his career he has organized and structured numerous equity and debt financings, mergers and acquisitions, joint venture partnerships and strategic alliances. Mr. Cantore serves on the boards of various companies both private and public.

Claude Larouche is a retired engineer geologist with more than 45 years of experience in mining exploration and development. He graduated from UQAC (Université du Québec à Chicoutimi) in 1974 with a degree in geological engineering and completed a M.Sc. in geology at Carleton University (Ottawa) in 1979. Mr. Larouche worked as an independent consultant since 1980, realizing explorations programs for prospectors, junior and senior mining companies, and government agencies in Quebec and Ontario. He also completed regional exploration programs on Baffin Island and limited programs in the U.S. Mr. Larouche specializes in precious metals, base metals and industrial minerals, and he is directly involved in numerous research projects including ''selective leaching''.

George Patterson’s career as a professional geologist spanned over 40 years. He began his career in the private sector and, shortly thereafter, moved to the public sector as resident geologist for Thunder Bay. This was followed by employment with the Government of the Northwest Territories and the Government of Saskatchewan where he helped develop and implement government, academic and industry programs designed to coordinate, support and promote the mineral industry and local economic development. He has also worked on a number of initiatives dedicated to building strong relationships with Aboriginal people and their communities.

Robin L. Phinney earned a chemical engineering degree at Lakehead University. Early in his career he acquired valuable experience in plant engineering, process development, product development and sales and marketing, namely from Potash Corporation of Saskatchewan and Kaolin Industries. In 2002, he co-founded Whitemud Resources, and then served as its vice president of engineering from 2005 to 2007. In 2007, he founded Karnalyte Resources, where he was President and CEO and a director until 2014 and then as its President and Chairman and a director until 2017.